How to Decrease Algebraic Mistakes – Part 5

This is the fifth in a series of posts on how to help students make fewer mistakes in algebra. 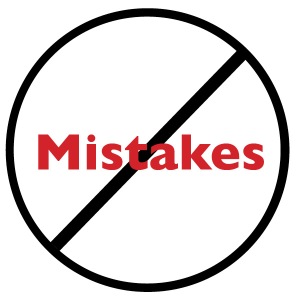 So far I have introduced a form of notation I have developed, the double-slash, which looks like this:

and I have described some of the ways that students can use it.

I’ll continue the conversation by showing how this notation can help students combine like terms with greater care.

I tell students to use the double-slash as a separation mark between terms, and to have the terms ascend in alphabetical order. So if an expression has terms with the variables x and y, the x-variables would go to the left of the double-slash, the y-variables to the right, like this:

Use two more lines to simplify and show the answer, like this:

You can use this approach whenever a problem has two or more different kinds of like terms.

Note, too, that you can use the double-slash in problems that have number terms in addition to variable terms. Just tell students to put the number terms furthest to the right, as that is where they go when students use “descending order,” a standard convention in algebra.

Here’s an example of an expression like this, with the steps leading to its simplified form:

Once students become adept at the use of this notation, they won’t need to use the second step from the last. But I find that when students are learning this process, including the double-slash on this line helps them understand the flow of the procedure.

To help your children/students get a feel for this process, here are a few practice problems. The most important aspect of this assignment is making sure that students use the double-slash and use it correctly. In these problems, they need to use the double-slash once only, in the line where it separates the two or more kinds of like terms.

How to decrease Algebraic mistakes – Part 4

Comments on: "How to Decrease Algebraic Mistakes – Part 5" (1)